St. John of the Ladder On the Fourth Sunday of Great Lent in the Orthodox Church we commemorate St. John Climacus (also known as St. John of the Ladder). He is the author of the book The Ladder of Divine Ascent, a treatise on spiritual exercises and actions. In the book he outlines 30 steps, each one being a virtue to be acquired or a vice to be surrendered. Through these steps a person can better know Christ and attain the Heavenly Kingdom.

I read my children a lesson on St. John of the Ladder from the Children's Garden of the Theotokos curriculum. We looked at how you climb a ladder, one step at a time, by climbing a real ladder in our house. We talked about St. John and his book and some of the virtues he taught. We looked at the icon for The Ladder of Divine Ascent (there is a short video on the link provided above that explains a bit about the icon). This happens to my 6 year old's favorite icon. He has a little book of icon prints he takes to church and he stares at this particular icon through most of the Divine Liturgy service each week! He loves to study all the figures in the icon, the monks and priests climbing the ladder, the angels in the corner, the demons trying to pull the people off as they try to reach the Heavenly Kingdom and Christ in the upper corner reaching out to those on the ladder. 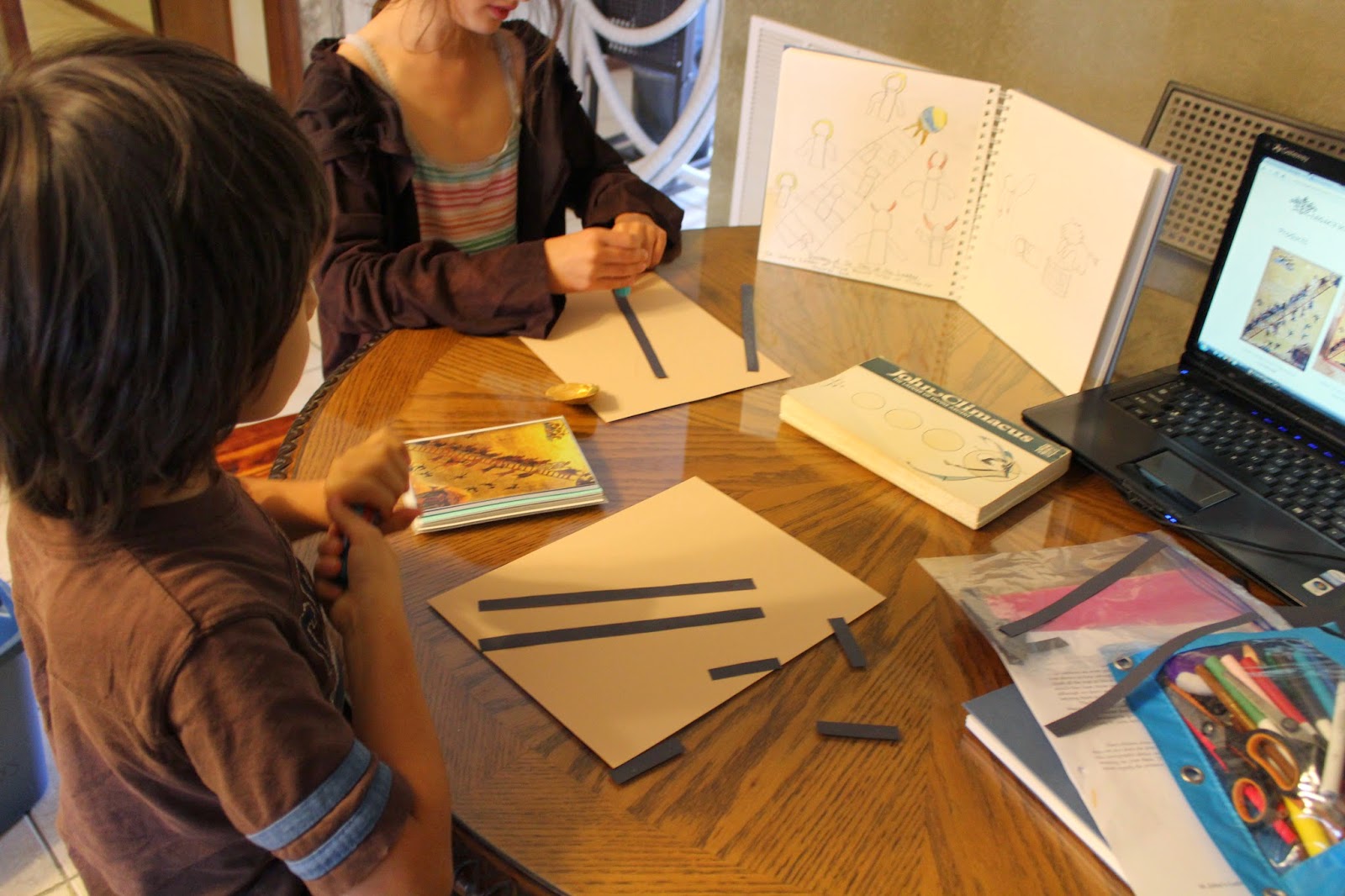 For our project the children made their own Ladder of Divine Ascent picture. We used tan cardstock for the background for this project. I cut out some strips from black construction paper that my children glued onto their cardstock to make a ladder. I cut out some very basic fugures from white construction paper to reperesent the monks, angels and demons. My daughter colored hers in different colors to represent the different figures - brown for the monks, black for the demons and gold for the angels (with halos around their heads). My son chose to draw all the figures on his page. He wanted to add more detail like the original icon with swords and bows and arrows for the demons. They also drew a mandorla (blue circles) in the corner near the ladder to represent the Heavenly Kingdom and golden spears coming out to represent the Holy Spirit. 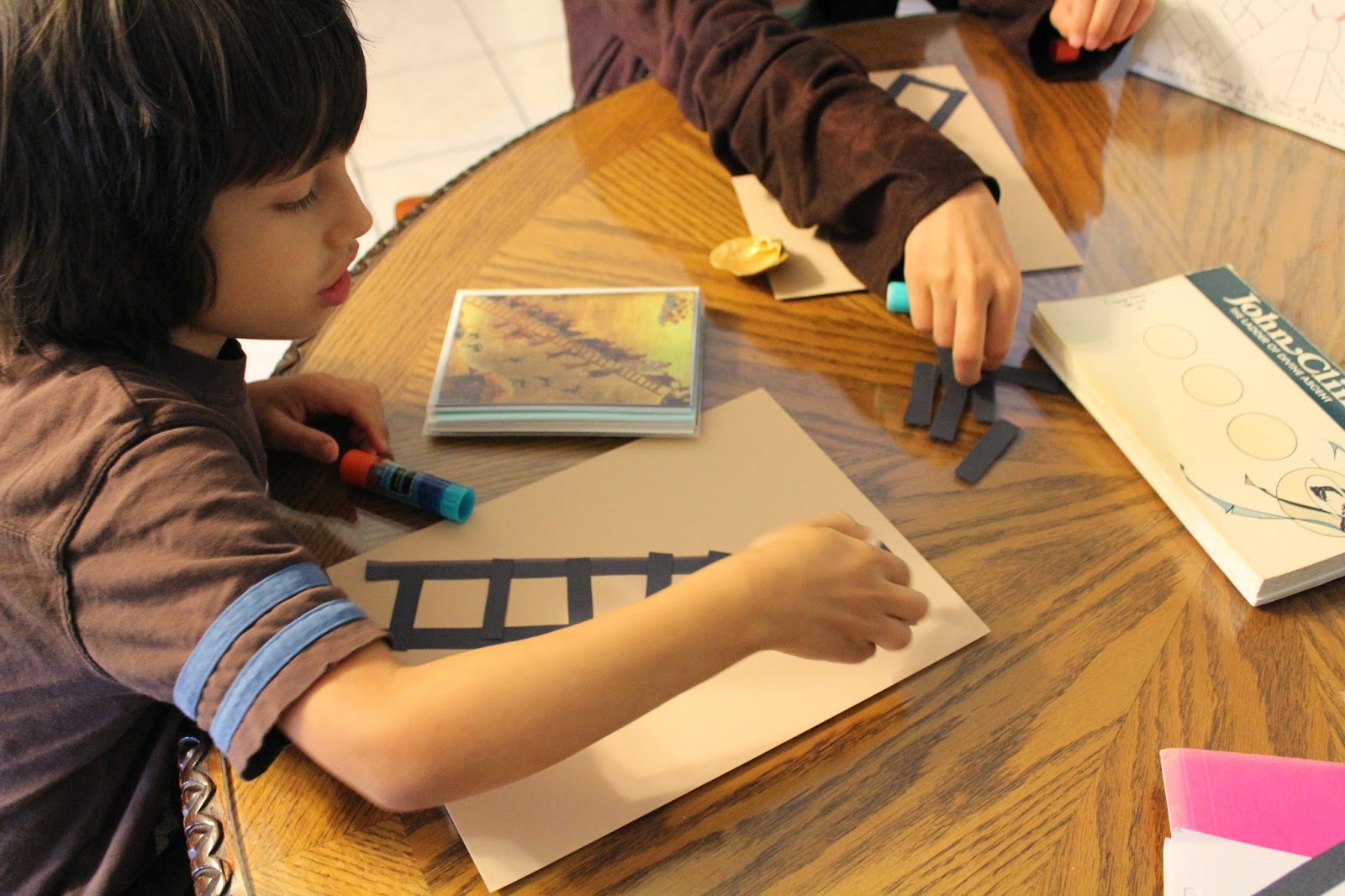 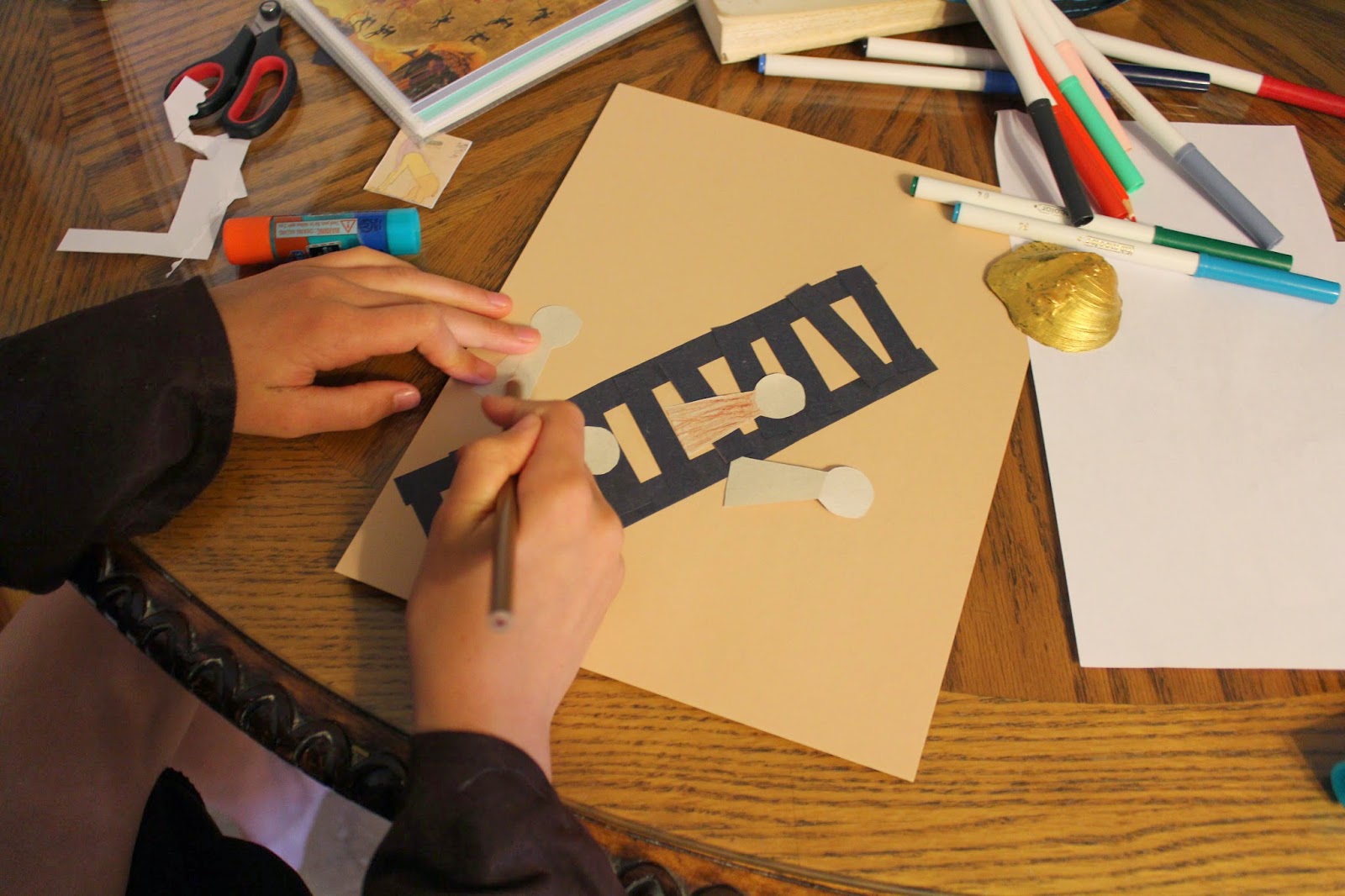 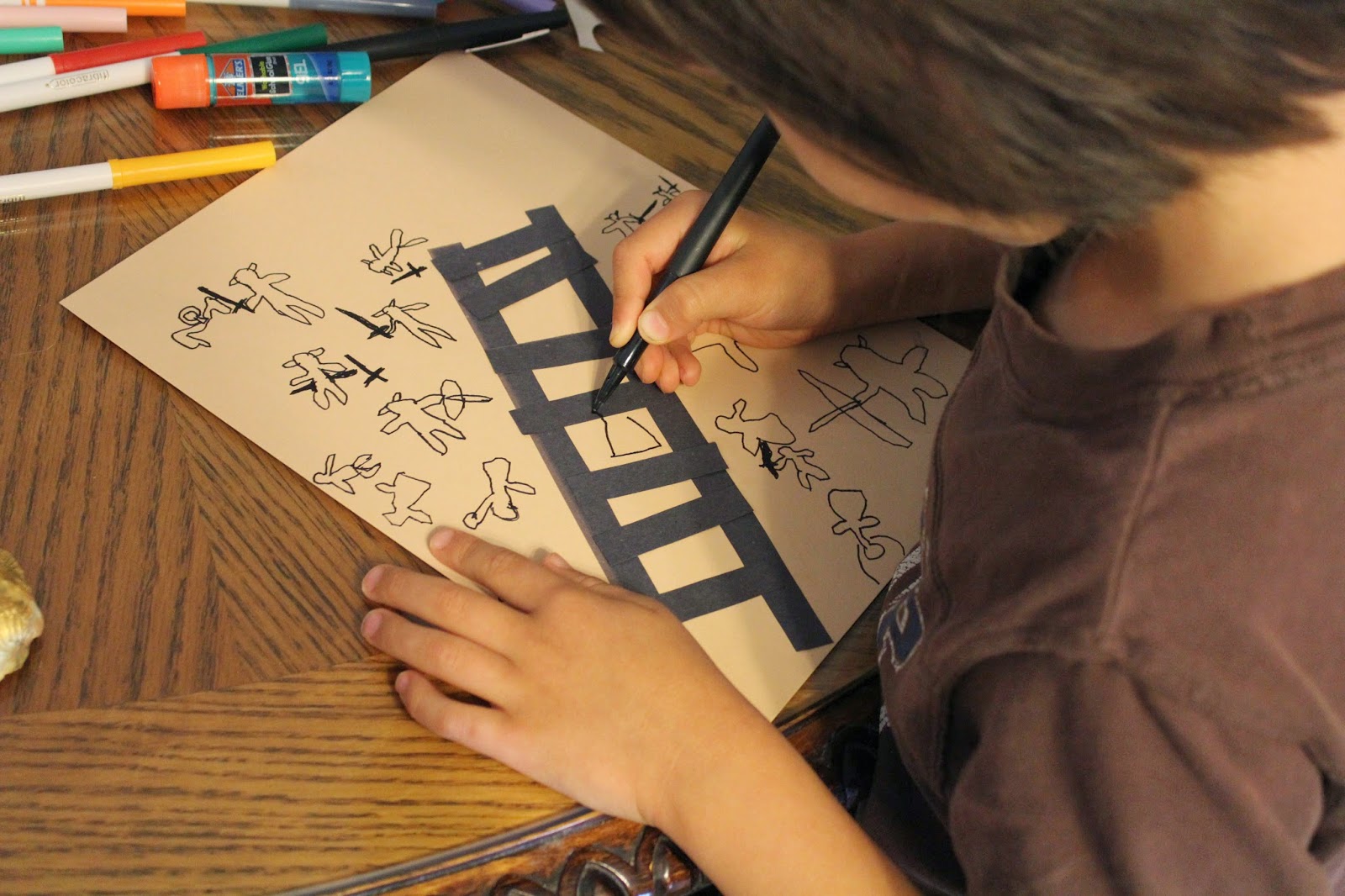 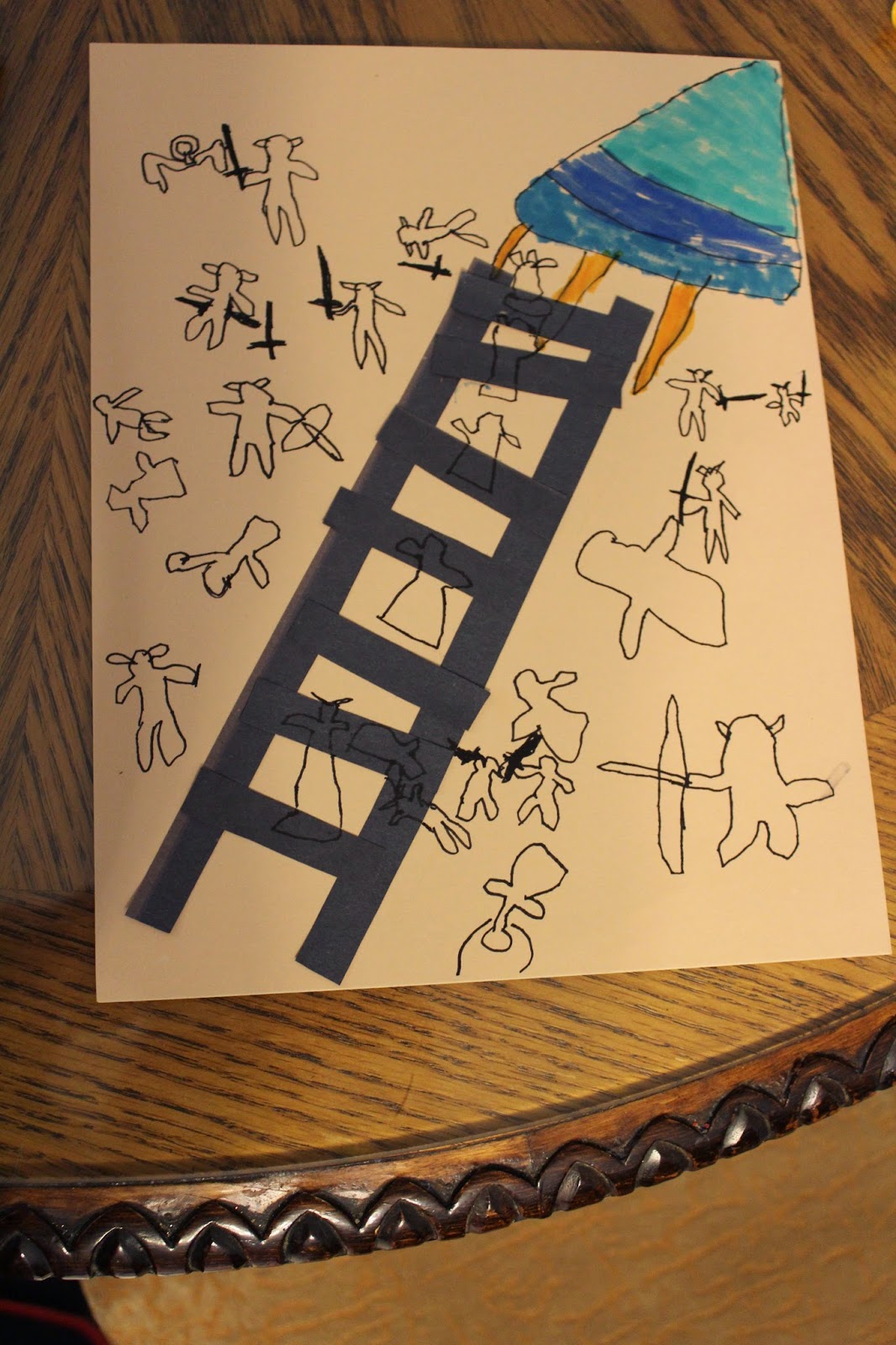 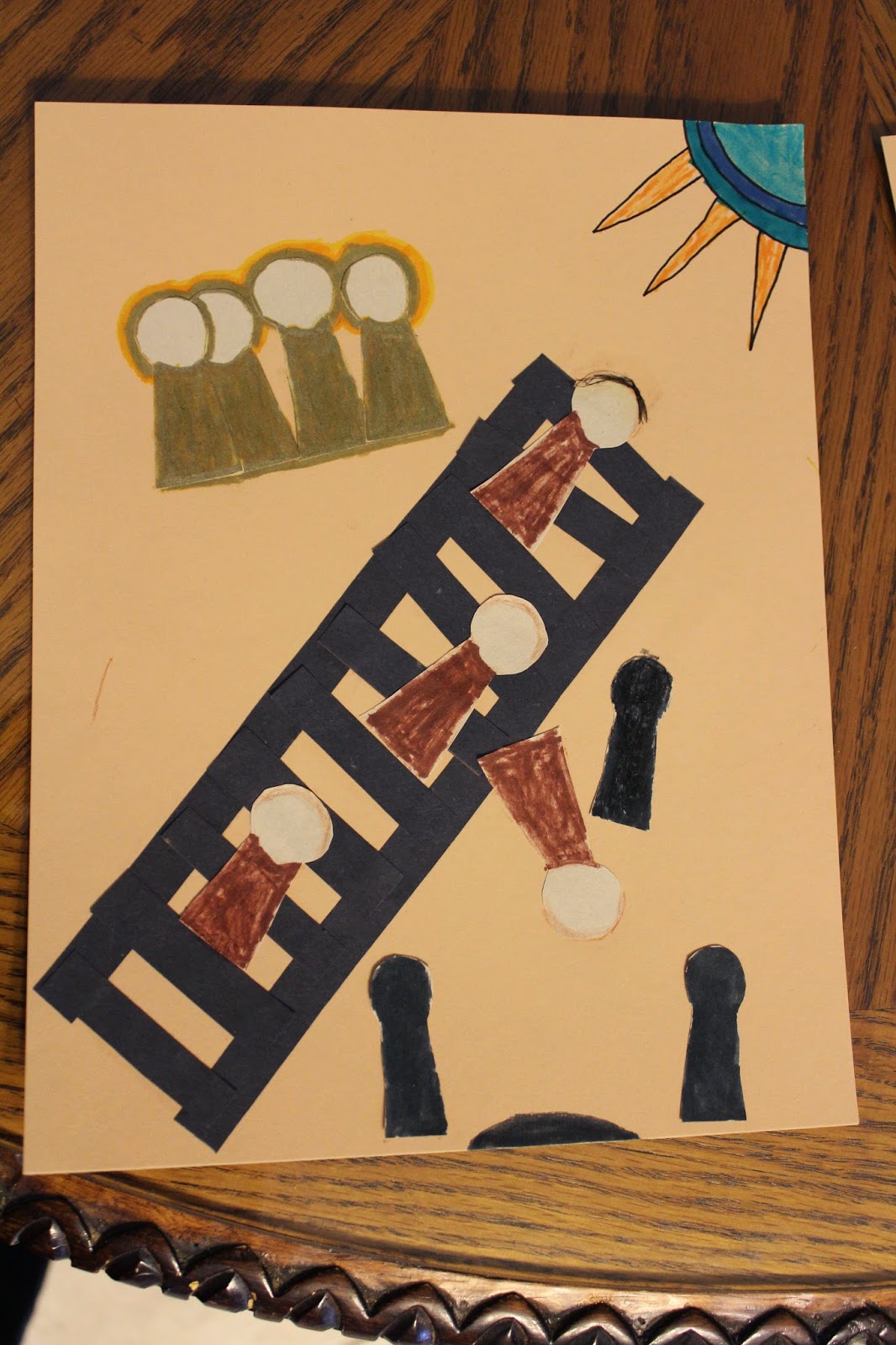 Let us honor John, that pride of ascetics, that angel on earth, that man of God in heaven, that adornment of the world, and that bliss of virtues and good deeds; for, planted in the house of God, he flourished with justice; and, like a cedar tree in the wilderness, he caused the flock of Christ to grow, those sheep endowed with speech, in righteousness and justice.
-Vespers of the Feast
Posted by jeanniesophia at 5:35 PM